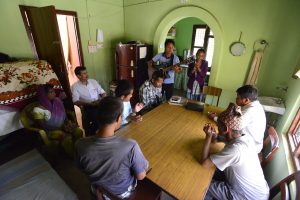 In Clarksville, Texas, a town of 3,000 residents, the school district has lost more than half its enrollment in the last decade as more middle-class residents opt out of the local school system for better-resourced facilities in other counties. The Clarksville School District, down to 500 students who are generally from low-income ethnic minority families, struggled to compete for Texas state education funds, which are tied to enrollment numbers. The district had no licensed counselor to cover students in all grade levels. At a Clarksville elementary school, Teddy’s* grandmother was concerned about his sometimes violent, disruptive behavior. “His negative thoughts prevent him from paying attention to the teacher because he thinks, ‘I’m going to fail anyway,’” she stated. Can the United Methodist Abundant Health Initiative help someone like Teddy?

END_OF_DOCUMENT_TOKEN_TO_BE_REPLACED 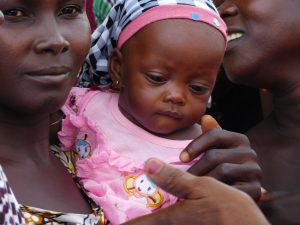 Supporting mothers and babies for a healthy start

World Breastfeeding Week is celebrated during the first week of August each year. The United Methodist Abundant Health Initiative supports mothers in their decision to breastfeed as a vital and practical way to give babies a good start in life. Other ways to help newborn survival rates include ensuring access to health care and supporting mothers’ groups in which women help one another. Abundant Health workers in many places around the world seek to create the right conditions for mothers and babies to thrive from the start. Education starts in the community when volunteers talk to their neighbors and continues for mothers and their children with every prenatal and postnatal visit.

END_OF_DOCUMENT_TOKEN_TO_BE_REPLACED 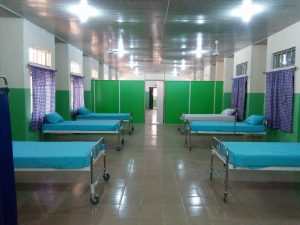 Expectant mothers needing emergency cesarean sections no longer face an eight-hour road journey across the Democratic Republic of the Congo for quality care to save their babies’ lives, and perhaps their own.